The Rogers Center was originally established in 1909 as the Sherburne State Farm with the purpose of raising and breeding pheasants. It was renamed the Rogers State Game Farm in the 1940s in honor of Harry and Gertrude Rogers, who first ran the facility and originally suggested the idea of a pheasant breeding program to the State. In the late 1960s, the DEC phased out its game farm operations and started the State's first conservation education center, which offered educational programs to residents, school groups, and summer camps until 2010 when the Center was shut down due to DEC budget reductions. In 2011, the non-profit Friends of Rogers was formed to run the Visitor Center and currently offers educational programming to children and adults throughout the year.

The original maps of the four properties consisted of "mini-maps" created by the DEC. These were very small maps that lacked a lot of detail and were outdated. They contained some old trails that were no longer maintained and had become overgrown and difficult to find. They were not very useful for navigating the trails because it was difficult to see exactly where nearby trails actually intersected with respect to each other.

The original DEC mini-maps of the Rogers Center

The main goals of the new maps would be to provide enough detail on the maps to accurately reflect the ground truth, while still being easy to read and understand. It was also important to create grayscale versions of the maps that could be photocopied cleanly and still provide the same information as the color versions. Lastly, an overiew map was requested in order to allow visitors to familiarize themselves with the locations of the four separate properties. 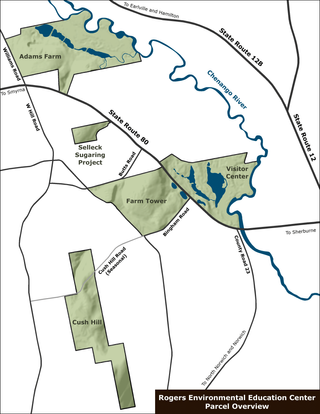 An overview map showing the relative locations of the four properties of the Rogers Center. 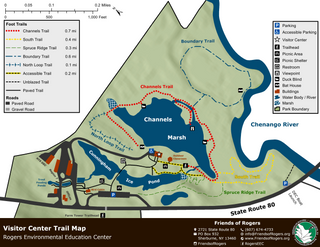 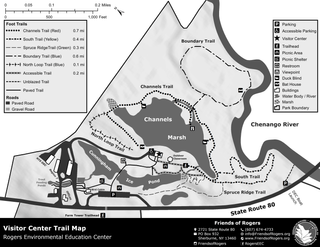 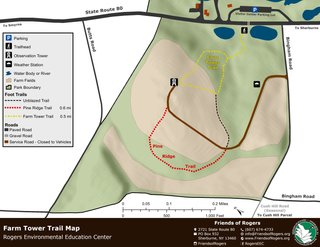 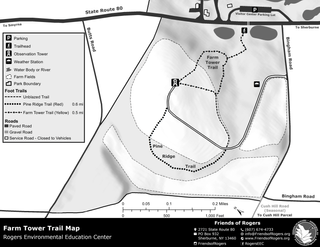 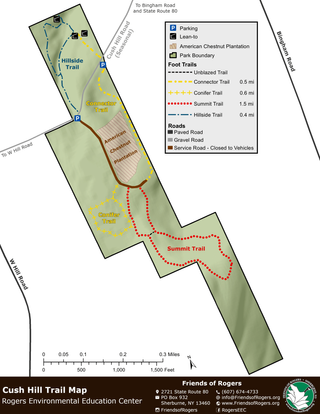 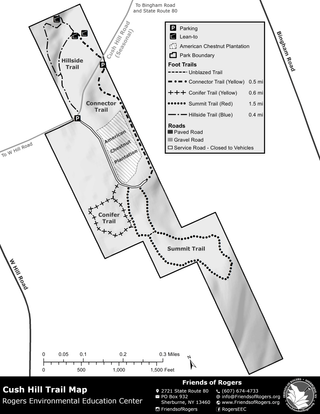 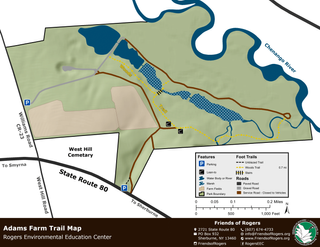 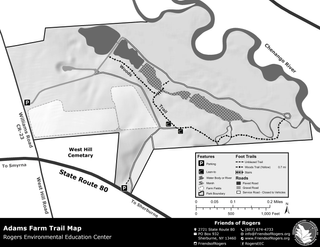 The view from the farm tower

The winter view from the farm tower

The fishing area on the Cunningham Ice Pond

Wildflowers and a spider web along the Channels Marsh Trail

Swamp milkweed along the shore of Channels Marsh 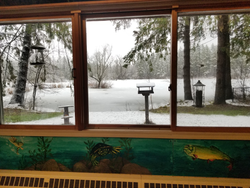 The view of Channels Marsh from inside the Visitor Center 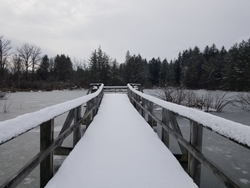 The observation boardwalk in Channels Marsh 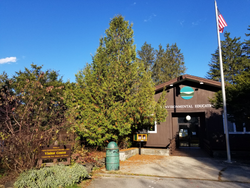 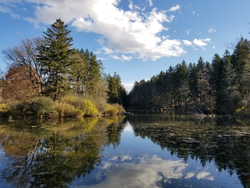