Right Track is available as a Progressive Web App on any device that has a relatively modern web browser at righttrack.io. There are also Android apps available for each agency that provide some additional Android-specific features.

If you would like to see Right Track support another agency, please request the agency using the Right Track Feedback Form.

Right Track originally started as an Android app for Metro North Railroad (a commuter rail agency serving NY and CT north of New York City). It initially provided a mobile-friendly view of Metro North's TrainTime tables, displaying upcoming departures with their track numbers and real-time status information (such as delays or cancellations). Soon after, trip searches were added which allowed users to search an in-app database to find scheduled departure and arrival times between two stations. The trip searches combined the scheduled times with the real-time information from the TrainTime tables, combining information from multiple data sources in a user-friendly interface. 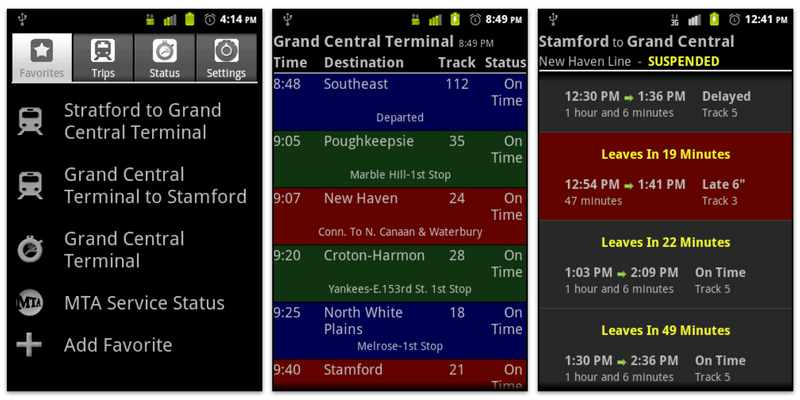 Many users started requesting support for the Long Island Rail Road. The app was rewritten to support any agency that publishes their schedule data in the General Transit Feed Specification (GTFS) format (a standardized way of making transit schedules publicly available, originally developed by Google for their Maps service). The update also included a visual refresh to bring the app in line with the current Android app standards, such as including a side navigation drawer. The new version also added additional features, including a static line map, trip sharing, alarms, and widgets. 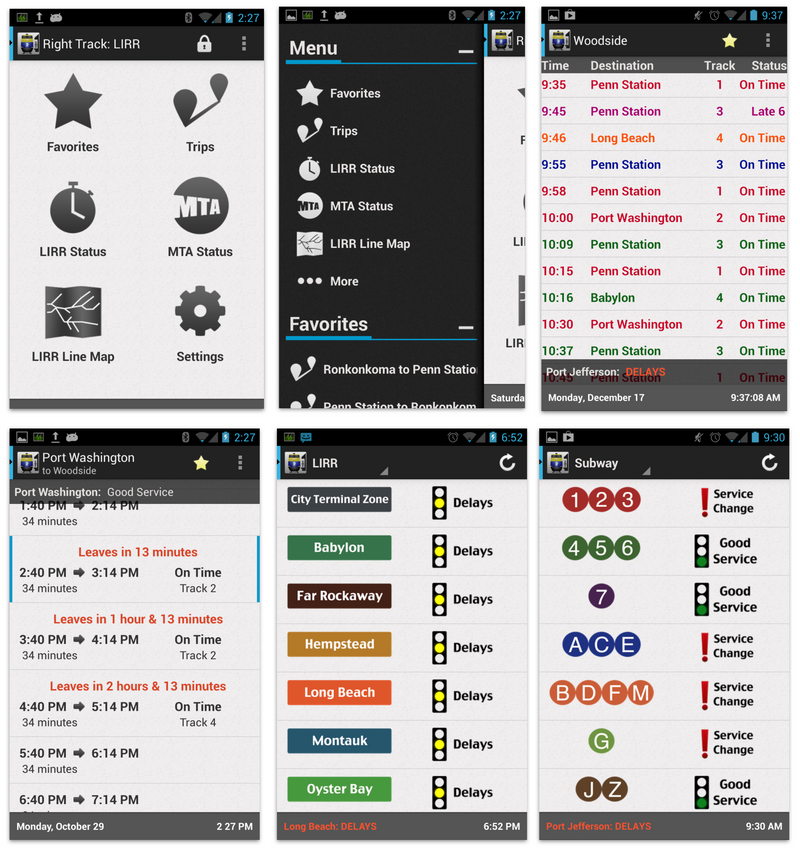 After many years, the native Android app was replaced by a web-based Progressive Web App, allowing users to access the app on any device (mobile and/or desktop) with any modern web browser. The PWA still uses an in-app database (now stored in the browser's storage) that can perform trip searches without a network connection (at near-native speeds) using a WebAssembly implementation of sqlite. The app can be accessed, just as any other website, at https://righttrack.io/ and can be installed, like a native app, by most browsers. PWAs are still best supported by Chrome (and their variants, such as MS Edge, Brave, Vivaldi, etc) and Firefox.

Any contributions, such as logging issues, suggesting features, or contributing pull requests are greatly appreciated. 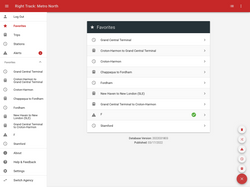 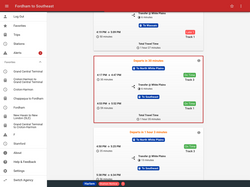 Trip Search Results between Fordham and Southeast showing a required transfer at White Plains, along with real-time status and track information 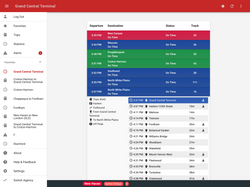 Station Table for Grand Central Terminal showing upcoming departures with their real-time status and track assignments. Each departure can be expanded for additional trip information. 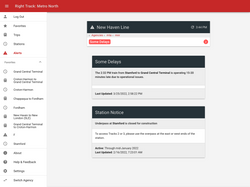 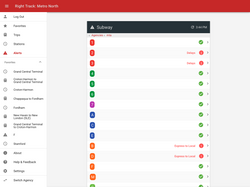 The MTA Service Alerts also include subway and bus alerts. 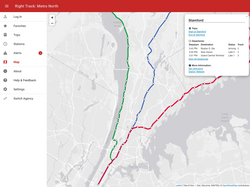 Coming Soon: Metro North interactive line map displaying the routes and stops. Additional information, such as upcoming departures, are displayed when a stop is selected.